I made my appearance in the Supreme Court of Canada on this day March 30, 2009. I had hoped to obtain standing on behalf of public interest in the matter of the illegal age of sexual consent increase contained within the forced passage of Bill C2. Sadly it has not been granted.

In Canada it is only possible to challenge the constitutional validity of an amendment to the criminal code if standing is determined. To be charged under the law for violating the code will grant automatic standing. In order for a private individual to be awarded standing on behalf of public interest, there must be no other reasonable means to bring the matter before the courts. I had hoped I would be awarded standing in order to prevent individuals from being charged under these illegal amendments, but as there will be people charged they will be granted standing themselves at that time. Therefore standing on behalf of public interest was not awarded to me.

If any individuals within Canada are charged for violating this illegal age of sexual consent increase they should contact me in order to be provided to their legal council all documentation that will enable them to strike these provisions from the criminal code on the basis of Constitutional Question.

It is not possible for me to be charged personally for violating these new laws as it would involve me having to break one of my main rules, “Gentlemen never kiss and tell.” I could never drag a lad before the courts in order to do this. I never break my rule. 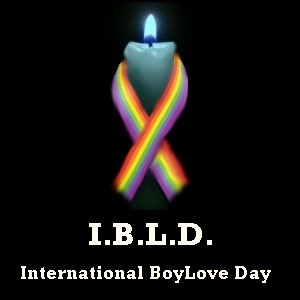